"Meet Me Under The Clock" 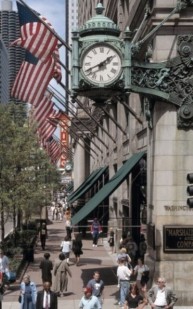 Check out these great sites!

... how we've loved to see that XMarshall Field & CompanyX logo; later, the XMarshall Field'sX signature logo. We even have fondness for the Field Gear label for the classic, comfortable, and casual sportswear line sold in Marshall Field's stores.

Below are shown some clothing labels from a short period of time during Marshall Field & Company's long and storied history. ENJOY! 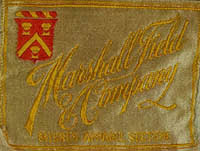 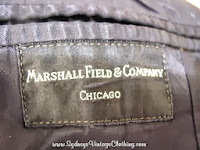 from a 1940's double-breasted sports jacket

from an unidentified garment 1960's


I'll post more as I find them.
Thank you for visiting the Matchless Marshall Field's blogspot today!
2 comments:

A Picture Is Worth A Thousand Words 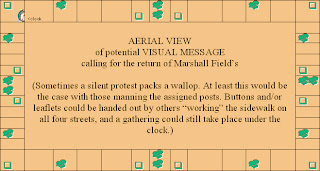 WHAT WOULD YOU THINK OF A VERY VISUAL PROTEST MESSAGE BEING SENT THIS SEPTEMBER?
This scenario requires only 24 people to man assigned posts around the entire block. The 4 (four) people on the corners would face outward on a diagonal. All others would stand along the street side, facing the street, but back far enough that they would not fall into traffic. They should be lined up straight like members of a marching band and serious (not angry) like the guards at Buckingham Palace. This is called ACTING and will lend to a very classy, theatrical and MEMORABLE performance by Field’s Fans Chicago. Continued below, after you've seen some pictures that may give you a better idea of how it might look... 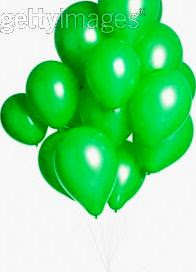 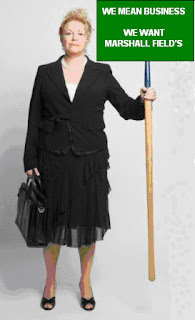 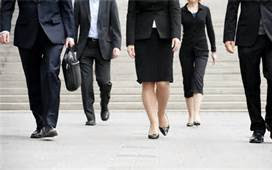 For more added effect, replace one center group with the 1890’s ladies, holding signs (reminiscent of the suffrage movement), or incorporate 1890s ladies into all four center groups. One last idea: those holding balloons could also hold a Marshall Field’s box or bag, filled with stuffing to give cubic dimension to the box or bag. If possible, balloons and signs for these 24 people could be attached to long dowels or sticks of some kind (as tall or taller than the person) so they can actually rest the dowels on the sidewalk and merely be balancing the prop rather than tiring their arms by trying to hold the balloons or signs up for a long time.
NOTES:

A fresh new approach and appearance: every person is dressed in BUSINESS ATTIRE (except in the case of the 1890’s ladies)

The color and number of the balloons would grab the eyes. The BUSINESS ATTIRE would create a VISUAL THEME. (Briefcases add a nice touch, BTW.) The form and orderliness of those holding signs and balloons would be impressive. The “around the entire block” formation would increase the exposure by 300% (even more if someone decides to take an aerial photo). This would be more than “just another Field’s rally.” It would be a SPECTACLE and I’m sure it would grab the media’s attention, even the attention of those abroad. No caterwauling or megaphones necessary. 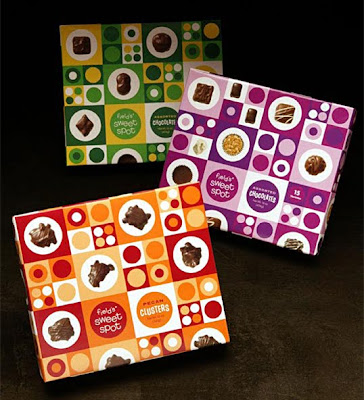 Hoping to see their return, along with Chicago's and the Upper Midwest's very special sweet spot to shop: Marshall Field's!
No comments: 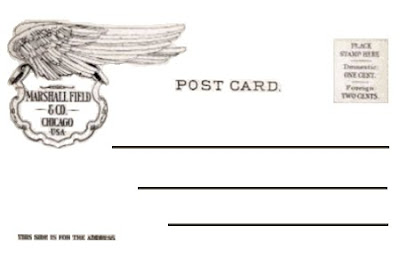 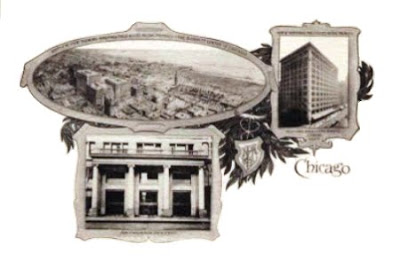